I present to you the #OpenParkerProject.

I am going to redo all the CrossFit Open workouts. I’ve been in the game since 2011, when The Open became the gateway to Carson. I’ll be competing against all my old scores, and documenting my victories (or defeats!) here on the blog. This will involve approximately 26 events and data points (excluding repeats).

Once per week, I will do a CrossFit Open workout. Starting with 2011’s events and progressing all the way through the 2016 program.

Every Friday will be “Game Day.” I want to physically and mentally prepare for Game Day as if I am approaching a 2017 Open workout.

On some weeks, I will look at my past scores. This will give me a clear target and challenge to attack. On other weeks, I will NOT check my old scores; I’ll just prepare for competition and give my best effort. I think there is value to both scenarios. Effort is always important, but there are different mental approaches  to fighting a known enemy vs. going in blind.

I will NOT repeat the repeat workouts… for example, 14.1 was the same as 11.1, so I’ll go straight from 13.5 to 14.2. This will save me some time and avoid excessive repetition in the #OpenParkerProject’s condensed format.

About 6-7 weeks before the 2017 Open, I’ll have to do two events per week, to get them all finished in time.

As an athlete, I want to stimulate my competitive spirit more consistently throughout the year.

However, I want to avoid the stress and impact of a full weekend event plus travel. I also want to avoid comparing myself to others while I get to work in the offseason; The Open Parker Project will allow me to compete against myself.

I will get to have a ‘game day” experience each week that will stand in contrast to my regular training. This distinction between training and competing is important. Athletes need to be able to upregulate or downregulate their arousal and energy to meet the task at hand. I’ll get to practice pulling myself together and sharpening my focus for a challenging test, and then incorporating any reflections into the next week of exercise. 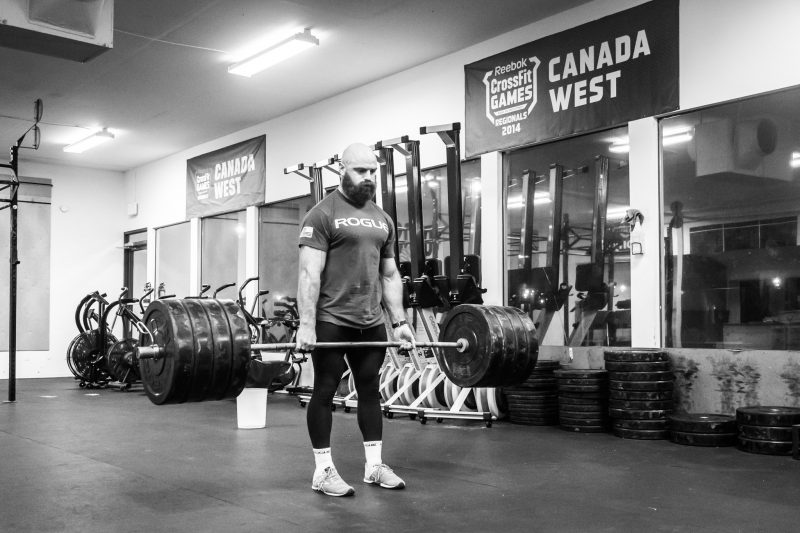 All Around the world! As of writing this, I’ll have done Open workouts in Dublin, Amsterdam, Copenhagen, and Ottawa. Pretty neat! Now that I’m back in Canada, I’ll be throwing down with Games athlete Paul Tremblay at NCR.

Who am I doing it with?

The boys at CrossFit NCR have been supportive enough to try some of these WODS with me. They’ve even added them to their affiliate programming on Fridays! I’ll be very interested to see if this has any effect on the overall performance of their box from last year to this year’s CF Open.

If you want to join me, you can follow along on social media using the hashtag #OpenParkerProject. I’ll be rolling into 2012’s set of workouts with 12.1 on Friday November 18, 2016.

I hope that each week will be an appropriate challenge. It will be interesting to revisit my past performances  – I was a much different athlete in 2011 than I was in, say,  2014, and I’m going to be a different athlete when 2017 comes around.

Theoretically, my average fitness has increased each year from 2011 to the present. However, right now in the offseason, I am out of shape relative to where I will be in March 2017.

SO, my grand idea is that the the progression of capacity from 2011 to 2017 will at least loosely parallel my gains in fitness from October 2016 through the next CrossFit Open. In other words, the challenge and efforts to beat my old scores will remain relatively consistent.