Should Swimming Be Tested at the CrossFit Games?

Since 2011, The CrossFit Games has always included swimming in its battery of events.

However, some might say that swimming has no place in the test for the “fittest on earth.”

Now, consider swimming. An Olympic sport. Every year I’ve competed at the Games, we’ve been in the ocean or a pool. In terms of human history, swimming is probably one of the “classical” sports, right behind running and lifting heavy rocks. However, does it have a place in the Games? 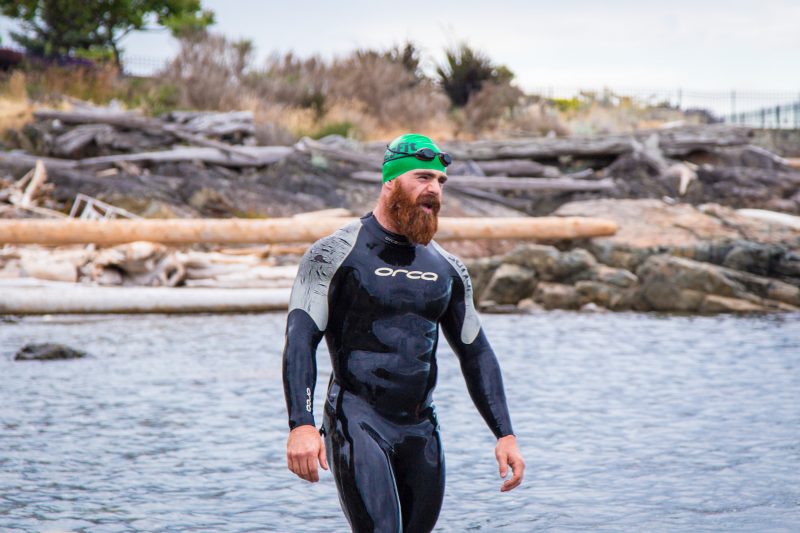 Let’s look at these pieces individually.

(F) A large load/Force: When you swim, you float. Your mass stays the same (or increases if you swallow water like I do) but “because of science” you essentially weigh less. The load you are moving has been effectively decreased.

(d) A long distance: Some people can swim relatively far, but no able-bodied person can swim farther than they could walk, jog, kayak, cycle… of all the human-powered travel options, swimming is arguably the most limited. Is this “relative” lack of functionality enough to exclude a movement? Some evidence says yes, as I’ll discuss in a moment.

(t) quickly: Have you ever seen a swim coach walk beside the pool as an athlete swims a length? Notice how one of them is expending large amounts of energy trying to go as fast as they can, and the other one is carrying a stopwatch and a clipboard over the same distance? The absolute speed per unit of energy is relatively low, compared to other skills.

In this regard, swimming is strange sport. It’s like, “let’s see which of us is the fastest, but let’s use the slowest form of movement to find out.” On top of that, someone came along and said, “hey, I’ve developed this new stroke – it’s a bit slower than the current one, but if we all agree to use the same technique we can see who’s the fastest at going slightly slower, within the already slow form of movement!”

Let’s talk about swimming relative to other movements. We will need to use the terms “within” and “between.” For the purpose of testing, is it ok to see a discrepancy “between” the power outputs of different movements, if we can still see increased work capacity “within” a movement?

Some movements are not included in the CrossFit Games. Presumably, this is because they are not as “functional” as other movements. For example: biceps curls; lateral and twisting movements; archery.

Let’s discuss archery. It is human powered, it requires physical skill (coordination and accuracy, with perhaps a dash of strength), and it is measurable. “Within” the sport, one can demonstrate increased Work capacity: you could fire more arrows into the target in a given time, or you could fire arrows over a longer distance. However, “between” sports, the work that is being done pales in comparison to many other options. 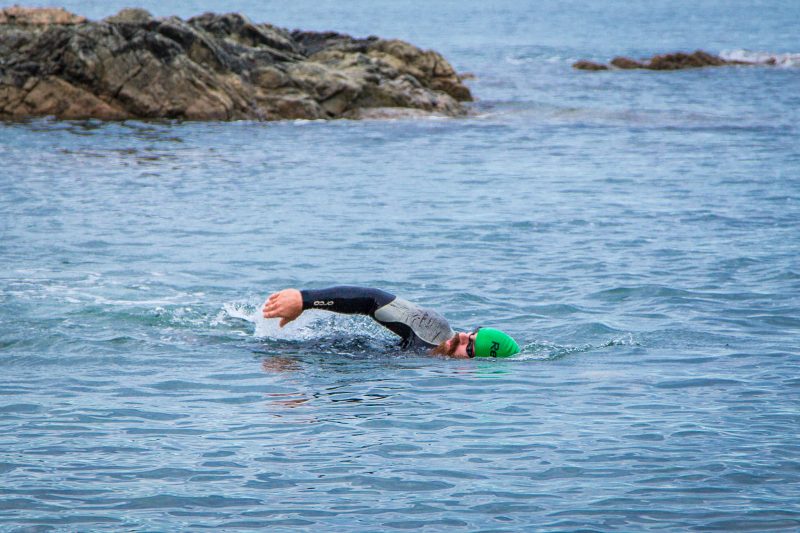 However… the CrossFit Games still includes this and other movements that are not very functional! For example: the L-sit in 2011. An L-sit is a static hold, with essentially no distance being travelled, and therefore no mechanical Work being performed, thus producing no Power! Also, consider the legless rope climb: a conscious decision to lower the power output of athletes for a given task (moving their mass up a distance). Using the legs will always help you go faster.

So, it is clear that other considerations are being taken into account while creating The CrossFit Games.

The simplest rebuttal to the “logical argument,” outlined above, is the “intuitive argument,” which might proceed as follows:

We are trying to find the fittest person on earth. If someone cannot swim well, it just doesn’t feel right to call them the fittest human on the planet.

That about sums it up, and for me, that’s enough to warrant inclusion in the Games.